What is pertussis?
Pertussis - or whooping cough - is an infection of the respiratory system caused by the bacterium Bordetella pertussis (or B. pertussis). It's characterized by severe coughing spells that end in a "whooping" sound when the person breathes in.

What are the symptoms of pertussis?
The first symptoms of whooping cough are similar to those of a common cold:

After about 1 to 2 weeks, the dry, irritating cough evolves into coughing spells. During a coughing spell, which can last for more than a minute, the child may turn red or purple. At the end of a spell, the child may make a characteristic whooping sound when breathing in or may vomit. Between spells, the child usually feels well.

How do I protect my baby from pertussis?
Whooping cough shots safely prevent the disease, but, your new baby is too young to get the shot. To protect your baby, make sure that all caretakers and family members are up-to-date on their whooping cough shots. Protection from the disease and the shots wears off. Make sure anyone 10 years of age or older gets a booster shot, called Tdap, at least two weeks before they have contact with your baby. 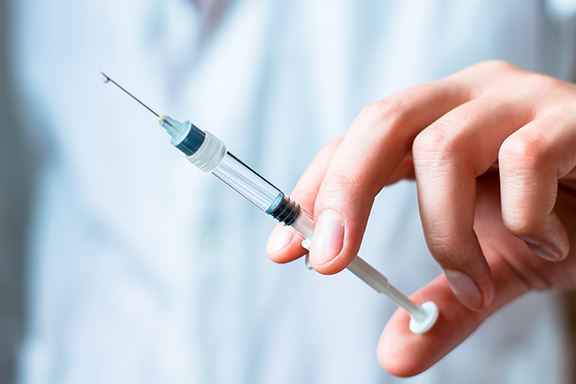 Why is TdaP for new mothers important?
Babies most often catch whooping cough from a family member. By protecting yourself from the disease, you also protect your baby. New parents should ask their doctor for a Tdap shot. You can get it:

If you have not gotten your Tdap shot yet, get one before leaving the hospital with your new baby. It’s safe to get a Tdap shot while breastfeeding.

How do I get help for my child?
Call the doctor if you think your child has whooping cough. To make a diagnosis, the doctor will take a medical history, do a thorough physical exam, and take nose and throat mucus samples that will be examined and cultured for B. pertussis bacteria. Blood tests and a chest X-ray may also be done.