EMERGENCY ALERT The Orange County Health Department has created a special page with updates on COVID-19 Read On... 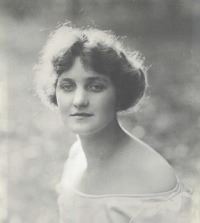 The Orange County Public Library is the home of the Rebecca B. Wall Local History Collection. The collection contains many Orange County historical items, including:

Ms. Wall (December 22, 1898 to April 2, 1986) was a career librarian and a devoted patron and benefactor of the Orange County Public Library. She was a member of the Orange County Board of Education from 1925 until 1929. She served as a librarian for the New York Public Library and at Greensboro Senior High School, in Greensboro, North Carolina. She retired from her post as chief librarian at the Veteran’s Administration Hospital in Fayetteville, North Carolina in 1964.

Ms. Wall was the daughter of Annie Cameron (nee Collins) and William Lewis Wall of Durham, North Carolina. She was a descendant of Thomas Ruffin, chief justice of the North Carolina Supreme Court (1833-1852), and Duncan Cameron, who served in both the state house and senate between 1802 to 1824.

Several online resources are available to our citizens; some are available only to those with a library card. Residents of Orange, Alamance, Caswell, Chatham, Durham, or Person counties can get a free library card at the Orange County Public Library.

Resources Available at Library Computers Only

Resources Available with a Library Card